The Industria are the consciousness behind energetic sources in the universe.  Each have associated avatars, colors, numbers, and conductors, or metals that best conduct their energy.  In addition, the adventures of the avatars, or iter of the Industria are detailed in the Fabula, a sub-book of the Principia Industria.

“He the first, moving ever forward and ever outward.  He is in simitu, in all of spacetime at once.  His rage is his joy and his bliss is his fury.  He is the electric charge and the lightning bolt.  Courageous in facing the Void, destroying the naught so that creation may be.  Fulmen, the father, promoveo, promoveo, promoveo.” 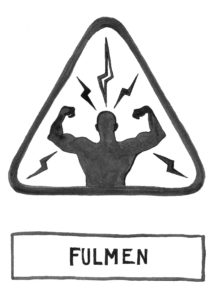 Fulmen is electricity.  His the prime, out-moving force.  He is often associated with masculine aggression, and can at times be villainous.  His conductors and his colors are silver and gold.  His number is one.  He is often depicted as a tall man with a geode crown.

Your love brings All That Is together.  It is your design from which all extrapolates.  It is under your watch we evolve.  Your curiosity began this.  And with your love, [we will remain forever].” 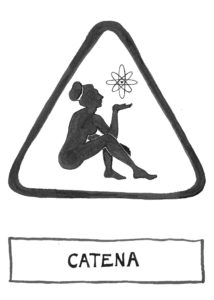 Catena is magnetism, the weak and small forces.  She is what brings everything together.  She is often attended by her children,  grandchildren, friends, or other Industria, and puts everyone to work.  Her work is never done.  Her conductor is copper.  Her colors are purple and amber and her number is two.

He is the polygamist doctor, father or medicine, and the iron core of the earth.  He is geothermal energy and healing herbs.  His colors are red, white, and the colors of earth.  His number is three and his conductor is iron. 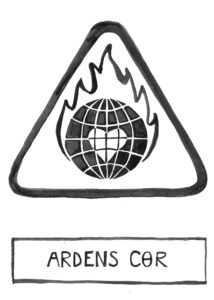 His stories in the Fabula depict him roaming the earth, establishing hospitals, and curing various ailments.  His axioma is VERBA VITAE, which essentially states that words are wishes, and be careful what you wish for.  His sub-book of the Principia Industria is the Libro Cantus, mostly a book of spells.

“She who covers and protects us from the vastness of space, she of storms and zephyrs, she the ever-changing.  She who has the most panoramic view, help us to see as you see.  Help us to shift as you shift.” 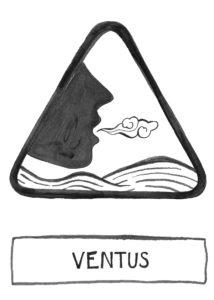 Ventus is the atmosphere.  She is also the patron saint of queers, and often depicted as a transwoman.  She has access to a crystal bridge high above the surface of the Earth that leads to the realm of the Ancestors.  She is considered to be the wisest Industria.

Her conductor is zinc, her colors pastels, and her number is five.

“Mother of life, ego sum grati [I am grateful].  Miracle substance, unlike others in the known universe.  For your properties and for your guidance, ego sum grati.  May our paths be as rivers to the sea.” 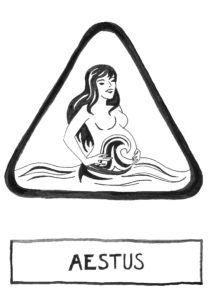 Aestus is water, most especially, moving water.  At times she is young girl in love.  As the sea, she is an ever-pregnant mother, as rivers she is the explorer.  As the seas, she is a pirate captain, speaking every language.  She is closely associated with the Moon.

Her colors are blues and greens.  Her conductor is brass and her number is 7 or 12. 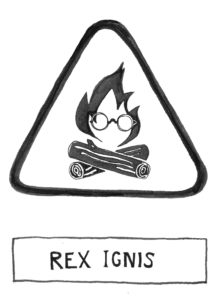 Rex Ignis is fire and combustion.  Because of this, he is also thought to be the father of cuisine and civilization itself.  He is sometimes depicted as a young prince with a crown to big for his head, others as a princess attended by soldiers, and also as a grown man, clothes torn and covered in ash.  His conductor is fire, his number is four, and his colors are all the colors of flames.

His axioma is LIBERALITAS, thought to be the most complex axioma, as it deals with social order.

“Caenum, who breaks all things down into their smallest parts, releasing the power within them.  Caenum, who owns death, decay, and entropy, yet also myth and narration.  Caenum, who loves deeply, but is loathed by those who fear the inevitable.  We honor you, grotesque lord of the deep earth, for without you nothing can continue.” 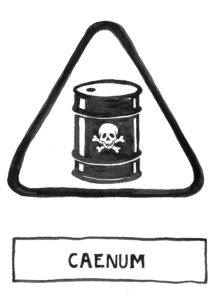 He may be a grinning man in a fine suit, a long haired youth in a multicolored robe, or, most commonly, a black oily human figure.  Caenum is not an angel of death, but the energy released in entropy and decay.  It is because of this he is closely associated with biofuels.

His axioma is VERUM DURUM, or the hard truth.  His number is nine, his colors are black and grey, and his conductor is steel.

“The Absconti, keepers of discoveries to come.  They who are the sacred mystery, the dark matter, the deepest parts of the sea, the quantum world.  They who give aperio.  Let the revelations continue.” 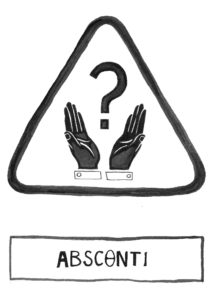 In the Fabula, the Absconti are depicted as numerous faceless beings who reside in a realm called the Immensus, where the elevenfold universe is said to wrap around itself.  They are the givers of epiphanies. Their axioma is PERMOTIO:

“The mystery is before us and the mystery is ever unraveling.  We honor the possibility and the potentiality [in all things].”

Their color is white, their conductor is lead and their number is none or infinity. 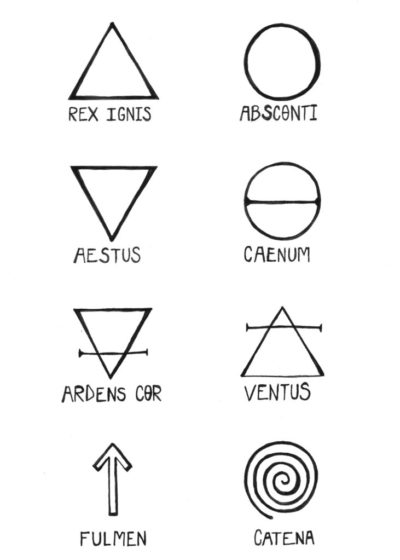